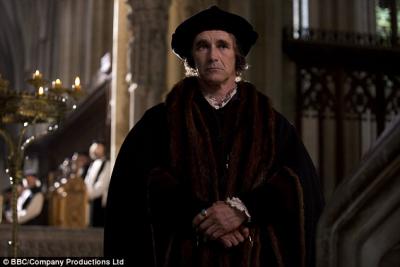 As I sat watching the BBC’s brilliant adaptation of Hilary Mantell’s ‘Wolf Hall’, my mind turned towards clothes moths. Well doesn’t yours? It is an occupational hazard for the professional pest controller. Watching Mark Rylance’s mesmerising performance, it suddenly dawned on me that here was an Age when clothes moths should have been a real problem.

In the Middle Ages, everything they wore was made from natural fibres. This is why the British wool trade was important. It was our wool that was traded to the Benelux countries where it was woven into cloth. This would then be traded around Europe, some even end up in Italy to be dyed a deep red. The majority of cloth, however, was dyed with naturally derived colours. This meant dull greens, off whites and browns and only the very wealthy had access to the richest colours.

It was also only the very wealthy who could afford wardrobes of clothes. Most people would have, at most, two sets of clothes and these would be, to a greater or lesser extent, dirty. I didn’t spot any Zanussis or a high-street dry cleaners in Wolf Hall.

Some commentators complained that Wolf Hall was dark but, of course, that is exactly how it would have been. Lit by candlelight, there were many areas which may have gone undisturbed. Undisturbed areas, such as under a bed, or rug, or at the back on a wardrobe, are the ideal homes for an infestation of clothes moths.

These homes would also be open to nature, far more than our modern homes, and birds could easily nest in and around the house or castle. The detritus in the bottom of a bird’s nest is some of the yummiest food available to moth larvae.

For the common man, I doubt there was anything that could be done to protect against infestations - even if they noticed the problem. For the wealthy, however, clothes moths were certainly an issue. Apart from the choice of vibrant colours and exclusivity, one of the reasons silk became popular was because of its perceived resistance to clothes moths.

The best advice for dealing with an infestation today would have applied to then: ‘prevention is better than cure’. In the Middle Ages, we would have advised that bedding, tapestries and rugs should be regularly removed and beaten to disturb and remove eggs or larvae. Today, we would advise you to regularly vacuum under rugs, sofas and beds for the same reason. Not many of us have tapestries today, but curtains should be regularly inspected to keep them clear. In Mediaeval England, unless you were extremely wealthy, you would not have wardrobes of spare clothes and they wouldn’t have been washed very regualry. Today, we would advise that all clothing is hot washed or dry cleaned before storage and, if possible, stored in vacuum bags. If this isn’t possible, rotate the clothing regularly.

Finally, while few of us have turrets to our homes, our roofs do have eaves and it is advisable to make sure no birds are using your attic as a nesting site and nests can mean moths. Once clothes moths have a foothold in your home, they will then exit the nest and spread throughout your home - so it is good advice to make sure your home is bird proof.