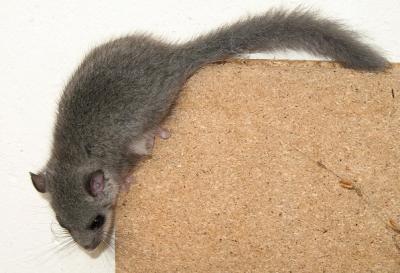 Firstly, what is a Glis glis?

Until recently, I didn’t know much about this rodent, the largest species of dormouse. Many of you will probably know it by another name – the edible dormouse – and it is sometimes called the fat dormouse. Obviously, I knew about its appearance on the Roman dining table but beyond that I knew very little because they are not a pest that is native to these shores. It was Cleankill’s acquisition of Glis glis specialists Pest Control Bucks that really made me start to look at the Glis glis problem.

They are still eaten in Europe – in Slovenia and Croatia. I suppose it isn’t surprising that these large rodents are still being consumed. After all, I know Hugh Fearnley-Whittingstall has long been advocating the consumption of grey squirrels. One enterprising chef even tried to overcome the negative perceptions of eating squirrel by advertising it as ‘flightless grouse’. I have to admit I’ve eaten squirrel casserole and I must say it tasted delicious.  This isn’t a complete tangent as the grey squirrel bares a resemblance to the Glis glis.

If you suspect you have a problem with Glis glis, contact us by phone or by clicking here.

Edible dormice measure between 14 and 19 cm in head-body length, with a tail of 11 to 13 cm. On average they weigh around 120-150 g, but this can double immediately prior to hibernation. They have small ears, short legs and large feet, and they have grey to greyish-brown fir, with the inner surface of their legs being white to pale buff.

Glis glis are still found throughout western Europe, including several Mediterranean islands, which naturally enough were associated with Roman occupation. They are not, however, traditionally found wild in Great Britain.

So, what happened? Why does Buckinghamshire need a Glis glis specialist?

The answer is Lionel Walter Rothschild. In 1902, this rather eccentric banker, zoologist and politician – he once drove a carriage of four trained zebras to Buckingham Palace – imported six specimens to this country. They were originally housed in his private zoo but escaped and now there is an estimated population of around 30,000. These live in an area that is roughly 200-square-miles, all around the former Rothschild estate near Tring.

You might think, looking at them, that they are sort of cute. But they didn’t get the name ‘fat dormouse’ from nowhere. If you live in the area where these pests are a problem, there is a good chance you have either had an issue yourself or you know someone who has.

Glis glis are nocturnal rodents and therefore seek shelter in attics and outbuildings, where they will damage anything around them. They are good climbers and can easily access attic spaces. Once they are in, there are many reports of them jumping around like little squirrels, making a tremendous amount of noise.

They also present a considerable threat to crops and property. In nature, they tend to feed on nuts and fruit, don’t forget – ‘fat dormouse’ – but can adapt if necessary. Apart from damaging clothing, textiles and food supplies, perhaps the most threatening aspect of having an infestation of Glis glis is the fact they will eat through electrical cables and this can cause fires.

What to do if you have an infestation of Glis glis?

Immediately, call an expert pest controller. Although the animal is considered a pest, the Wildlife and Countryside Act of 1981 prohibits certain methods of killing dormice and therefore you shouldn’t proceed without specialist advice. Removal will often require a licence, such as the one held by Pest Control Bucks. With Glis glis, as with a number of other pests, DIY isn’t really an option.

This job is always fascinating because there is always something new to learn. With the acquisitions of Pest Control Bucks, Bird Control Sussex, and Good Riddance Pest Control, we are coming into contact with new pests and new work environments. It can be a challenge, but luckily I have experts on hand to help me get up to speed.