Be bold and succeed in business 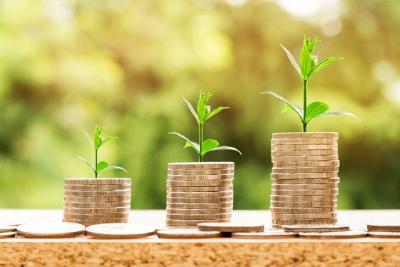 Cleankill recently reached a milestone – we took on our 50th employee – something of which I’m really proud.

That’s not the only milestone we’ve reached in the last few months as, in April, our contract portfolio reached £2 million, with a turnover exceeding £3 million.

Achieving all three of these milestones is something everyone at Cleankill can be justly proud of, especially when you consider what has happened during the last 18 months.

What do you do when a pandemic hits?

When Prime Minister Johnson announced the country was in effect closing, I can imagine the effect on everyone was somewhat akin to when Chamberlain announced we were at war with Germany in 1939. None of us were prepared for what was to come because none of us had every lived through anything like it. In fact, people entering the Second World War could at least draw on the experiences of The Great War. For us, as individuals, this was uncharted territory.

Being the Managing Director of a business that employs 40+ people, it wasn’t just what was going to happen to me that was of concern but also how I could navigate these difficult waters while ensuring everyone involved with Cleankill was going to be okay.

Initially we had to furlough half of our staff and tell those that remained that we would only be making emergency calls. Luckily, following lobbying by British Pest Control Association (BPCA), pest controllers were eventually classed as keyworkers. I think the stories we are seeing from around the world of rodent invasions, etc., clearly show that this was the correct decision. Pests don’t just make a mess and eat your food, they also spread diseases. At a time when there is a nasty new disease spreading across the country, it is vital that we try to maintain all other areas of public health.

Once it was clear pest control was going to be classed as key work, we could return to routine calls, but we were still faced with a dramatic drop in business because many other businesses, a large part of our turnover, had shut down.

Head in sand or forge ahead?

When we announced our 2020/21 year end figures, I was asked, what was my secret? There is no secret, just hard work, dedicated staff and fingers resolutely crossed.

My initial response was probably the same as everyone’s – hunker down and try to get through it! Burying my head in the sand felt like the right solution but I knew it wasn’t and so I decided to have faith that things would eventually return to normal (still waiting) and that therefore the best approach was to see this as another recession.

Many business leaders of my acquaintance chose to cut costs wherever they could. I can see the logic in that, and it does make some sense initially, but I always knew we would bounce back and so my logic told me to press ahead and be proactive.

Instead of retreating, we invested. This took the form of strengthening our sales team, increasing training for technical staff and focusing even more on delivering excellent customer service. We also increased our advertising and marketing budgets, in part to offset the loss in exposure resulting from all the business-to-business events being cancelled.

We even continued with the purchase of Hampshire-based Totalcare Pest Control and, as actively as possible, took part in a variety of business awards. We won ‘Best Green Business’ at the Gatwick Diamond Business Awards and I was lucky enough to be named a finalist in the ‘Social Value and Sustainability Impact’ category at the IoD London and South Director of the Year Awards. I’m pleased to also say, Oliver Roe has also been shortlisted for ‘Young Technician of the Year’ at the National Pest Awards. To see our full list of awards, click here.

Luckily, those crossed fingers worked (when combined with hard work and the support of everyone around me). By moving forward and not retreating, we have been able to maintain our turnover, which is now back to pre-pandemic levels. We were even identified as a key industry player in the recently published Allied Market Report.

What doesn’t kill you makes you stronger

Let me be clear, I wouldn’t want to go through this ever again but…I think, as a company, we are coming out of the other side of this pandemic a stronger and more determined company. To succeed, sometimes you have to be bold.