Skip to main content
RESPONSE TO COVID-19: In accordance with Government guidelines and BPCA guidance, we have introduced a series of measures to protect our staff, clients and the community. Be assured that your safety and the protection of your property remain a central concern for Cleankill. To learn more, click here

Are you getting what you pay for? 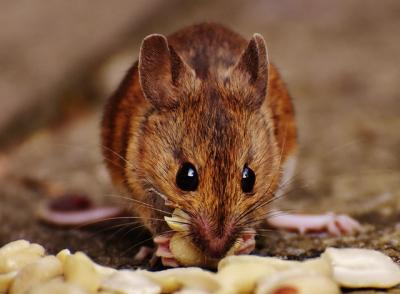 A few years ago I wrote a blog in which I told the story of how I was driving to a business luncheon with the Sutton United Business Club and I saw a sign offering wasps’ nest removal for £35. At the time I pointed out that removing a wasps’ nest requires training, specialist equipment, insurance for the staff member and the client, and that is before you have even paid the employee. Even in 2017 that did not make financial sense unless something was lacking in the service on offer.

While it is very true that you do only get what you pay for – cheap always means a substandard service – it is also true that you need to be sure you are getting good value for money from your pest control contractor.

Earlier in the month, we posted a video on social media from one of our pest control technicians, Richard Quarterly. He was called to a canteen’s commercial kitchen that had a mouse problem. Staff were regularly finding mouse droppings.

It should be remembered that a single mouse can produce between 40 and 100 droppings a day and they urinate frequently, leaving a strong ammonia smell. This is not only unsightly and noxious, but also unhygienic. Mice spread a variety of nasty diseases through their urine, droppings, saliva and nesting materials, including hantavirus, salmonellosis and listeria.

Richard’s video showed his discovery of a large gap around a waste pipe. Next to this, there were greasy smears running along the wall. Smears are a classic sign of a mouse infestation. They are made from a build-up of dirt, urine and oil from the mouse’s fur, and they are often found around high traffic areas like pipes, holes and walls.

If further evidence of an infestation was needed, you can even see a mouse in the hole if you look very carefully at the video. View the video.

For a business, this is a major problem. All businesses have a duty of care to look after their employees, customers and other stakeholders. I’ve written about this recently in a blog entitled, ‘Can You Afford to Fail at Preventive Pest Control?’ Have a look at that article if you want to know about what legislation must be considered and why preventive pest control is so important for any business. This applies whether your business is food-based or not.

What made this job even more galling was that the company in question had taken preventive pest control seriously. They had contracted a professional pest control company to undertake onsite pest control, but the service they received was just not acceptable.

Now, manners dictate that I don’t mention the name of the company that was contracted to provide preventive pest control, suffice to say it wasn’t a fly-by-night, one-man operation. This was a well-known company, and you would expect for the prices they charge that the job would be done properly.

They seemed to have thought it was acceptable to just leave a few traps around the site. They then hadn’t bothered to check these traps – Richard found dead mice in them. Again, this is unhygienic in any work environment but especially a food preparation area.

Even worse, there was no evidence of proofing. This is standard stuff. Mice don’t just miraculously appear in a kitchen; they must find an entrance. As you can see in the video, Richard simply looked for evidence of mice and that led him to the hole around the pipe. Yes, this takes proper training and experience, but it is hardly rocket science.

What is annoying is that the canteen was doing the right thing and they thought a professional pest control company had got their back. However, the technician obviously didn’t believe in good customer service and there seems to have been no mechanism employed by the pest control company to ensure the client received an adequate service.

Cleankill is now working with the client to solve the problem. Richard is conducting extensive proofing to stop the mice entering the premises. He will then back this up with regular visits to ensure the problem has been solved.

As an industry it is important that we all work to the very highest standards. Clients deserve to get the service they pay for, and we should always be on the lookout for problems that may be coming, so that we can work with the client to ensure it is stopped quickly.

If you have questions about the value-for-money of your pest control, email enquiries@cleankill.co.uk or call 0800 056 5477

Tags
Mouse infestation
Get a quote >