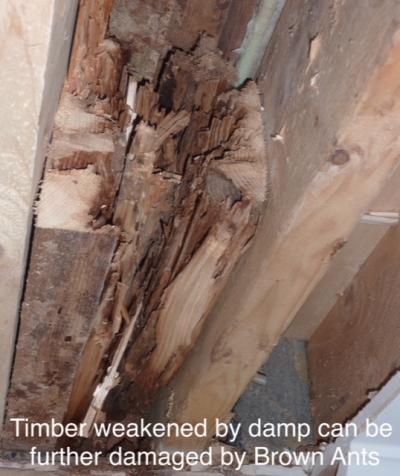 Are Ants Making Your Patio Uneven?

Ants tunnel under paving slabs and block paving causing them to subside and become uneven. As the weather gets warmer the ants become more active. The ants most likely to effect you are black garden ants.

Ants nest can be very large with tens of thousand of ants. This makes DIY treatment very difficult. The commercial insecticides we use are not available on the High Street.

How to Get Rid of Ants

Professional ant treatments are not as expensive as you may think – typically about £135 for a domestic property.

We do not charge a call-out fee so why not call us for a free quote?

Some Facts About Ants
There are some 15,000 known species of Ants worldwide, 47 of which inhabit Great Britain. The most common is the Black, or Garden Ant  (Lasius niger), which is found throughout the UK. This is most likely to be the flying ant that you see from mid to late summer – for a short period they take to the wing and swarm from their nests in large numbers. There are several other species of UK Ant, including those that bite, such as Argentine Ants and those that sting, such as Red Ants.

What causes an ant infestation?
Ants can be destructive. They generally nest in the soil, often under paving stones around buildings and will enter homes in search of food. They tend to be found in the cavities of our homes and from there they penetrate up into the house itself. Ants will explore their surroundings quite extensively during the early summer months to increase their food supply. These explorations lead to a burrowing through mortar and brick that leaves behind the telltale mounds of sand that resemble miniature volcanos.
Some are carbohydrate feeders and will eat fruit, such as this pear left on a kitchen work surface.

What Can You Do About Ants – How do I get rid of an ant infestation?
In order for ant control to succeed, a degree of understanding of their lifestyle is necessary. For instance some ants favour a diet of protein-rich food and a carbohydrate-rich bait will not succeed in eradicating them. Some ants will share food, (a process known as trophallaxis) and this behaviour can be exploited in removing the ants from your home. Other Ant colonies, such as Pharaoh’s Ants, can support multiple queens. Insecticide sprays used against these species can cause the Ants to scatter and the queens to form new colonies (a process known as ‘budding’) thus making your problem worse.

Ant Problems Bucks Why am I seeing ants in my home?

Ants forage for food and once they find it they will signal to other members of their community how to find it. They do this by laying a chemical trail, which is why ants ‘march’ along the same line – they are following the trail.

It is important to identify which ants you have.

Black Ants (lasius niger) and Brown Ants (lasius brunneus) look very similar, but, whereas Black Ants are mostly a nuisance, Brown Ants can cause significant damage to the timbers in your home (see photo below taken in a home in Chesham).